My name is Tom. I like being in warm and remote areas of the world, but am most perturbed when others also happen to be there, and suspect them of a devilishly high carbon footprint to have reached such a place. I am deeply suspicious of the idea of free will, but happily ignore it almost all of the time. I like it when other people are concise, but wait in hopeful expectation of praise when I have written a particularly long sentence. I am, in short, a hypocrite. Or, shorter still, a human. 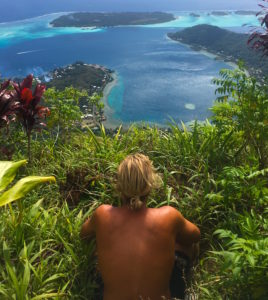 In late 1991 I was bequeathed to parents suffering from a common case of chronic unoriginality, as evidenced in their decision to call me Tom. I don’t know what was so unexceptional in the bundle of screams and slime that they found before them that encouraged them to give it one of the most widespread names in the Western world, but Tom it was. Dick or Harry, I believe, would have been far more preferable.

In all fairness, Thomas is my father’s middle name, so I suppose the responsibility really lies at the door of his parents, my grandparents. But grandparents, of course, carry a charming air of innocence whilst parents are to blame for more or less everything, and so for this careless christening they stand accused, albeit belatedly, of dooming their firstborn to a life of perpetual confusion.

Because there is no end to the ‘Tomming’ liberally tossed across playgrounds, over supermarket aisles and out of television screens; each time summoning a scramble of the twenty-odd Toms inevitably within hailing distance, like dogs to the rustle of a food packet, wondering if it’s finally their turn. I find it a miracle to have thus far escaped serious neck injury from one too many snaps of the head toward the sound of my name, and I often wonder if chiropractor waiting rooms are chiefly comprised of Toms, and if for every new “Tom” called by the secretary there is a succeeding chorus of gasps as the room spins a head to see if it was aimed at them.

The levels of farcicalness peaked when I arrived to my dormitory on the first day of secondary school – a state boarding school that went by the enviably unique name of Sexey’s. There I discovered that of the four in my room three of us had had the misfortune to be branded Tom, and that there was another one yet just in the dorm next door. As worldly eleven year olds we lamented the foolishness of our parents, and then set about sorting the matter with a sudden-found haughty maturity. There and then it was destined that my peers and teachers alike would know me by my initials: TDA.

For many, however, it was too arduous an affair for an appellation to have as many syllables as it did letters, and so for brevity’s sake I was soon stripped of an alpha and delegated two echoes, in order to be lengthened in letter such that a way that I was shortened in syllable to just ‘Teed’. One seldom has a say in one’s nickname, but this was one I was not displeased to be assigned. By and large it has served me well, the only notable exception being when in the company of French people, who tend to call me Didier (amongst other things, I have often suspected.)

Some years later ‘Teed’ would provide eponymous inspiration for the name of a blog in which I would post writings on whatever happened to arrive at my mind and alight at my fingertips. That my writing often zooms in on the most inane matters – perhaps you had noticed already? – in a way that could easily be described by the original form of the word tedious, makes this a devilishly clever play on words by my reckoning; and this is a suspicion only heightened by the suitably tedious introduction I now find pouring from my hands extremities.

Nevertheless, it is my earnest hope and motivation that you enjoy reading such tedium as much as I enjoy writing it. This work, if it can be so grandly termed, is produced in the self-flattering spirit of the words of a book I never intend to quote again:

“Be not forgetful to entertain strangers: for thereby some have entertained angels unawares.” Hebrews xiii, 2

(Not to mention Tee, Tommy Boy, Teeds, Tuh-Duh-Ah, and, reserved only for my grandmothers whom are party responsible for all this, Thomas.)